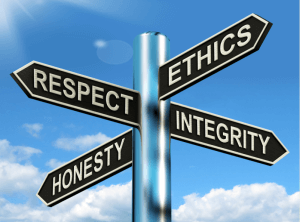 I have been slowly making my way through the latest Ken Burns documentary film on the Vietnam War. This is a very good series that successfully brings back many memories and provides an educational perspective on a turbulent time in American history. While there are many interesting elements to this documentary, I want to briefly consider some of the character, or lack thereof, attributes of Richard Nixon.

My first awareness and recollection of a national election was the 1968 campaign between Richard Nixon and Hubert Humphrey. My father was a big supporter of Richard Nixon. I recall my father playing dominos with my grandmother (his mother in law). During these games the topic of politics always surfaced. My grandmother was a hard-core Roosevelt Democrat who was fully supporting Humphrey. I learned a lot about politics during their civil and respectful disagreements.

As we all know, Nixon won the election but ended up resigning the presidency in disgrace 6 years later. I was a student of Watergate and have a good understanding of how Nixon’s presidency came unwound. After watching the Vietnam documentary, I learned more very disturbing facts about Nixon’s self-centred and flawed obsession with power.

During the 1968 presidential campaign, President Johnson was making progress in bringing all parties to the negotiating table with the intent of ending the Vietnam War. Nixon was concerned the Democrats would win the election if real progress was made towards ending the war. Nixon instructed his cronies to do everything possible to disrupt the peace process. The details of the story can be found here Nixon Delays Peace Process. In essence, Nixon attempted to delay the end of the war to win an election. It is not clear if this peace effort would have actually ended the war sooner but what is now known is Nixon tried to disrupt the process.

I wonder how Nixon’s underlings reacted to his request to delay the peace process and potentially extend the Vietnam War? These folks had to know Nixon’s request was immoral but, as far as we know, they did not object and did attempt to implement the plan. This brings me to a key question; how do you react when your boss assigns an unethical task?

I faced this question early in my career. While working as an entry level engineer, I was assigned the task of ordering parts for our prototypes. We had an urgent need for a part to meet our development schedule. The company where I worked had a rather tedious process for assigning purchase order numbers. My boss was in a huge hurry and told me to use an old purchase order number to get the desired part as soon as possible. Even at this early stage of my career and maturity into adulthood, I knew this was wrong. Unfortunately, I did not have the skills or fortitude to get out of this situation. I ordered the part with an old purchase order. We did get the part quickly but a few weeks later I received a call from the division controller. It is not possible to overstate how furious this guy was with me. He used words I had never heard before. He didn’t seem interested in my wimpy plea that I was ordered to do this sleazy deed by my boss. This phone call had a lasting impression on me and I vowed to maintain high moral standards on the job as I moved forward through my career. Even though there have been a few close calls, I have been able to avoid any ethic issue for over 30 years.

I would like to say the reason for my success is my high moral character, but the truth is I have had some great bosses. What do you if your boss asks you to do something immoral or illegal? The obvious advice is to refuse the request. Unfortunately, life is not so simple. There is a risk of declining an assignment. This risk could reveal itself in the termination of employment. Taking a stand that results in the quick loss of a job is not always the best course of action. This is especially true if you are the sole provider for your household. Still, what should we do, living under the thumb of an unethical boss is a miserable and risky life. Potential paths of action depend on your situation. If you work at an ethical company that provides a safe avenue to report questionable behavior, even though there remains some risk, I suggest taking this path. I was fortunate to work for many years at one of the most ethical companies in the industry. If there is not trusted way to report unethical behavior of a supervisor without fear of reprisal or retaliation, you will have to pursue a different path.

If you are stuck working for an unethical boss, the objective should be to get away from the situation. You may not be able to do this immediately meaning you will have to live with the flawed character for a while. Once you have the feeling that your boss is unethical, you should begin the steps of trying to find another job. Since looking for a job can take a while, there is a chance the unethical boss will be removed. In the end, unethical bosses are eventually ejected, sometimes it seems to take forever. During the young and impatient days of my career, I had a coworker tell me that “sanity will prevail.” This was sage advice and I have seen unethical situations resolve themselves simply by waiting them out.

I have always been fascinated by the story of Enron. This is a tale of how greed and an obsession for power corrupted an entire corporation and delivered a devastating financial impact to millions of people. Even in this morass of perverted immorality, there were a few people who were able to hang on to their ethics and blow the whistle on the corruption. For a glimpse into one of the darkest stories in American corporate culture, I recommend reading The Smartest Guy in the Room.

Chances are you will find yourself working for an unethical boss at some point during your career. The most important steps are to recognizes the unethical situation and begin moving away. It may take some time to extradite yourself from the situation but as long as you are moving away, you are on the right path. Another suggestion is to find a trusted person in which you can confide about the situation. I recommend approaching and experienced person with no connections your employment. Also, never underestimate the value of an ethical boss. As a potential employee, questions should be asked to find out the ethics of a future boss when going through the interview process. Is your current boss ethical? If so great, enjoy the peace that comes with a boss of strong character! If not, start planning to move away, a lack of ethics will eventually come out into the light. When the honest facts are clear, you don’t want to be part of the problem, you want to be part of the solution.

One thought on “Sleazy Boss”